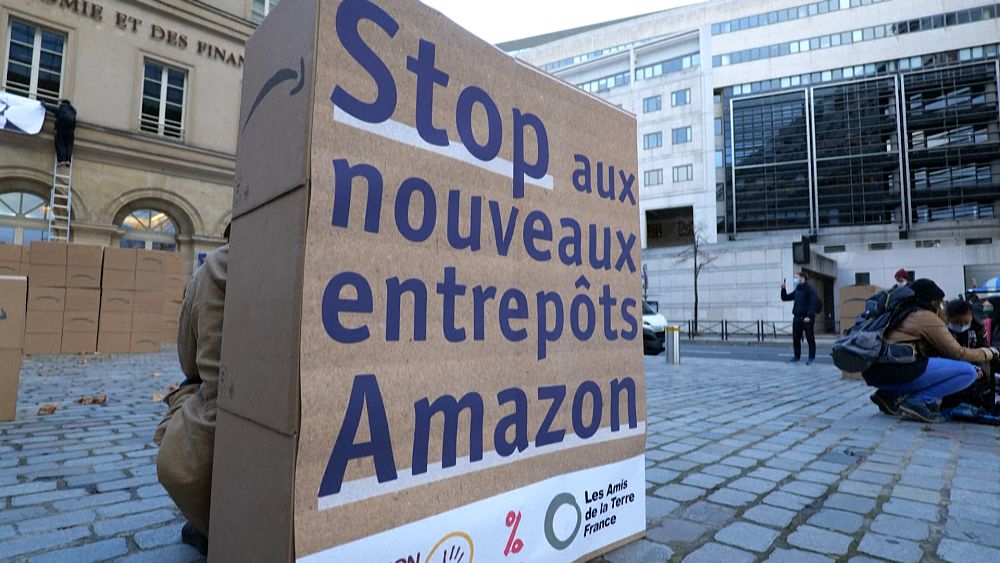 Activists in Paris dropped fake packages bearing the logo of Jeff Bezos’ company in front of the Finance Ministry in Paris to symbolise what they alleged was “the government’s collusion with Amazon”.

Around twenty activists from “Attac”, “ANV-COP21” and “Friends of the Earth” took part in the action, timed to coincide with Black Friday.

They called on the government to “stop the Amazon establishing in France”.